Five Reasons You Should Abandon The Traditional Advertising Mindset 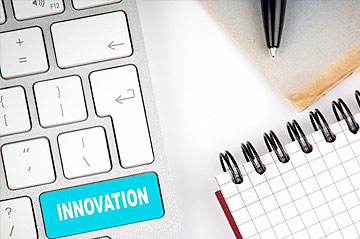 Five Reasons You Should Abandon The Traditional Advertising Mindset

In today’s world, there are many competing viewpoints — for everything you agree with, there is an alternative point of view. I aim to set one point straight today: The traditional mindset needs to be put down.

The traditional mindset refers to the status quo that has been accepted by companies with their marketing agencies. They get comfortable dressing up vague ideas and painting them in various lights. Alternatively, a data-first approach is black and white — either it works or it doesn’t. The traditional mindset lacks accountability, honesty and effectiveness.My agency was once running digital lead generation campaigns for a client. We had all necessary trackers in place to attribute form submissions to our ads and collaborated with the client to confirm which leads turned out to be fruitful customers. Upon reviewing the numbers, our ads resulted in a confirmed 366% return on investment, not even considering potential future value. So you can imagine our shock when we reported this to the client’s decision maker, and their response was: “I’m frustrated with digital because I feel powerless. With traditional, at least I can drive by my own billboard …”

This is the mindset that, let’s be frank, we vehemently oppose and battle against every day. Maybe you share this frustration. Maybe you lean traditional but think this example is absurd. Or maybe you even share the sentiment in the client’s response. Regardless, here are five reasons for you to abandon the traditional mindset and shift towards a data and revenue first approach.

There is a simple reason that some businesses fail and others survive. With all other things being equal, it is fair to say that a business that survives sees what works and does it repeatedly. The same principle applies to advertising. Too many times we have seen agencies that deliver exactly what the client wants, simply because they want it — and then the campaign fails.

We never run a campaign based on what the client thinks they want. Instead, we come to them with data showing what works. If there’s one saying that has helped us build trust and break down the traditional mindset with our clients, it’s this quote attributed to W. Edwards Deming: “In God we trust, all others must bring data.”

You can improve your tactics real-time; no more getting stuck in a rut.

Real-time account optimization is not only beneficial for us advertisers — it’s even more important for clients since it saves you money. Here is a solid example that manifested from an unfortunate situation. Hurricane Irma was one of the most devastating hurricanes in modern-day history and was projected to make landfall in Florida. About 36 hours before Irma made landfall, its path changed and it was aimed directly where we’re located in Tampa, Florida. When the news broke, we shut off various accounts for three days and saved our clients a combined $14,536 by not paying to deliver ads during a time when no one would convert.

You can attribute return on investment.

A 2014 survey revealed that 93% of CMOs said that they are under more pressure to produce an ROI. This insanely high static is just another example of how and why the traditional mindset should be broken down. Attributing an ROI to your campaign is not only possible, but it should be a standard across all agencies. Using conversion pixels and analytic tracking, we can attribute ROI for our clients by comparing revenue versus spending. A conversion pixel is a piece of code placed on the backend of your website that allows advertisers to track online interactions and attribute them to various campaigns. As we like to say around our office, “a campaign without metrics is a campaign without merit.”

You can combine the power of traditional and digital media.

In 2009 we coined the term “The Activation Bridge,” and since then it’s been the best way to get the point across to clients about taking a digital-first approach. The Activation Bridge is a means to close the gap between traditional and digital media to create an effective, holistic advertising strategy. We do this is by taking a digital-first approach to solving a client’s problem. By accessing behavioral targeting through our digital products, we can figure out exactly who is engaging with a product or service and then apply that data to a targeted traditional media approach. Through this process, we are once again able to steer our clients away from the traditional mindset of jumping on board with an idea that simply sounds good in theory.

You can evaluate your business goals more objectively.

The traditional mindset is clearly ego based. The ego has been proven to be a good thing and in many cases, allowing you to be more competitive and driven toward your goals. The issue surfaces when the ego starts to take over the way in which you operate.

In the instance where a client wanted to see the company on a billboard, the ego clearly won. Yes, you can see yourself on a billboard, but what direct benefit does that have for your business? At some point, you must subdue the ego and let the facts speak. The fact that you are not seeing your digital ads every time you pop online is a good thing. It means we have vetted the target market appropriately and are optimizing the campaign based on purchases. Unless you are directly in that behavior-based target, you probably won’t see the ads.

The traditional mindset approach toward advertising is destructive and irrational. It can foster unhealthy relationships with clients, and the “big idea” — the idea that sounds cool but isn’t backed by ROI-based data — doesn’t cut it anymore. Approaching your campaigns with data to show an ROI is key in today’s market, and there’s no better way to do it than using a digital-first approach.