What do the Seahawks and Advertisers have

What do the Seahawks and Advertisers have in common?

Ah, the Superbowl: the day where the entire United States gathers around large-screened televisions and tables full of noms waiting to laugh, cry, cheer, and eat. Or, if you’re in marketing and advertising, the day where you watch and critique as great (and not-so-great) campaigns are born. While America’s favorite brands attempted to make us laugh, empathize, dance, and cry, they left many of us wondering, “Why, why why?” What do the Seahawks and Advertisers have in common? They both fell short this year. There were a few gems, of course.

The Queen of Debbie Downers, this ad stirred up so much controversy (and so many memes) that Nationwide issued a statement earlier today defending their choice.

Who did it right?Your team has just won the Super Bowl. You want to celebrate, but all that greasy food has you feeling lethargic.
Mountain Dew kickstarts fans with this spunky spot airing just after the game.

Perfect timing for the perfect message.

The twittersphere went absolutely bananas last night. While the game itself was enough fuel to fire up the social stream for hours, big brands set up their “war rooms” and prepared to be the next “Dunk in the dark”.

Who did it well?

The world asked what you wanted. You said puppies & you said dads. In #Doritos world, we said “ok, #puppydad it is!” https://t.co/HMEcu6o4D9

Doritos’ twitter was firing on all cylinders last night. Tweeting to fellow Super Bowl brands like Nissan, Pepsi, Victoria’s Secret, and Bud light. Not only did they make us laugh, they made us listen.

This one really speaks for itself. Monster released this tweet, which made us laugh while taking a closer look.

While BMW spend millions on their “Newfangled Idea” spot featuring Katie Couric, which we loved, Audi made a splash for the price of Free.99

Tide, who was nowhere to be found during commercial breaks, took Free.99 by storm with this “Messy Elliot” tweet.

Last night’s overwhelming emotional appeals were enough to make anyone gag on their guacamole. I am queen of sap, and even I had had enough.
While studies are showing that “StoryLiving” is one of the best ways to reach millennial consumers, too many brands were vying for the same tears.

Who did it right?
Not sure, because EVERYONE DID IT. 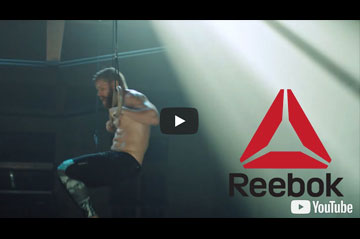 It’s hard to say who appeals better emotionally, but it’s clear that major brands are all on the same track.

With no major home runs, this year was missing that special spice that makes the Super Bowl the event that we know and love.

So, what did you think of this year’s commercials? Did the emotional appeals strike you?