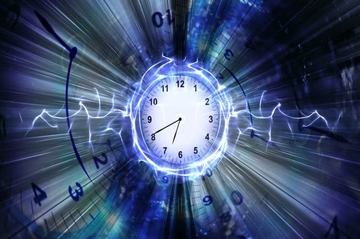 #ThursdayThoughtsEvery Thursday we look at the trends/updates/interesting articles found in the Digital Marketing + Advertising + Tech industry. Each submission is presented by a different MA+A employee and covers various topics applicable to our business. The following are professional opinions, summaries or both.

In a matter of 90 days, we have vaulted 10 years in consumer and business digital adoption.Alex Andrews
Executive Director of Social AdvertisingSnapchat’s “Promote Local Place” Deep Dive see the article here

Snapchat is continuing to expand its campaign types and objectives, this time branching into the local brick-and-mortar promotion.  While this is a streamlined feature with a great interface, it’s unclear how effective it would be in its current state.  One problem is that Snapchat users don’t use the map feature very often with transactional intent, as they do with Yelp or Google Maps, and the second problem is currently a lack of attributed metrics to measure effectiveness.

Email marketing has been one of the few age-old methods of communication to our customers that have proved itself over and over. Today, now more than ever is it important to get this right. Consumers are not only more sensitive to the content being delivered, but a simple mistake in the Subject line can cause brand sincerity to fall.  How frequent to send? What to test? Do I use emojis? What’s considered a value add? See the tips here.Matthew Giardino
Director of Performance Marketing + AnalyticsGoogle Ads Is Making Changes To Simplify App Campaigns For More Conversions See the article here.

Google is making updates to its app campaigns by expanding their creative capabilities as well as simplifying the process. Another feature being introduced to App campaigns is to maximize conversions bidding strategy that will optimize campaigns for more conversions.

We hope you enjoyed these snippets of information that we chose to share. Look out for the upcoming #ThursdayThoughts post. (Yes, it’ll be on Thursday). See our previous post here.